I've posted a few times about chores over the years, both how lame they are to do alone (since I lived alone for almost four years before getting married) and how much I appreciate having a chore partner to help keep it all manageable now. Of course, being a military wife, I get several opportunities to do them all alone again, but at least during those times Blake is away I have only half the laundry and half the dining dishes now. And a dishwasher, which I didn't have in my solo hobbit hole of an apartment.

We've had to reorganize how we divide and conquer in regards to household tasks over the years. Shortly after we first got married, I was working starting early in the morning and Blake had evening classes some nights, so our schedules were opposite. We had a chore chart to help us remember it all. For example, Blake would make breakfast in the morning and I did dinner at night. Our laundry was in the basement of our building, so Blake would haul it up and down the stairs and wash it all before he left for school and I'd fold it while he was gone to class. I'd do bathrooms; he'd do floors.

Adding Malcolm added walk schedules and other dog duties. Human children bring similar changes. On the plus side, Malcolm is no longer afraid of the vacuum, so that chore is much less of a production than it used to be.

Moving to Japan, where Blake leaves for work early in the morning and I tend to do as I please, everything has changed again. I've willingly volunteered to take over most of the chores, since I have way more time, though I do tend to leave the garbage for Blake to take out. We both pitch in on dishes when possible, since it goes a lot faster with two people - same with laundry folding. Today, I folded clothes for the better part of the afternoon because we've both been lazy about it for almost two weeks. (I can give you the two week estimate because our Halloween shirts were in there.) Blake has probably still never had to clean a toilet in our entire marriage, though he did clean one by choice yesterday, since I declared randomly that I'd had enough of my own laziness and they needed it. I cleaned one and by the time I got to the other Blake was already on it, which was incredibly kind of him. Really, my inability to stay on top of chores lately is not entirely laziness, but more on that tomorrow.

Also, we've outsourced our vacuuming to the USS MARVIN, our new robot vacuum. It runs every night in the main room while we're in bed and in the back half of the apartment when I remember to set it up and it has made a gigantic difference in our house of all tile floors and a black, hairy dog. Every night before bed, Blake and I do a FOD walk and I empty the vacuum so that it's ready to go again. 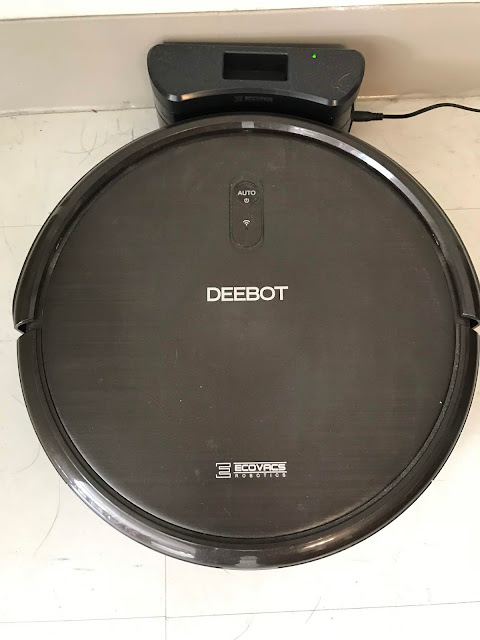 Ultimately, we divide chores based on aptitude and interest and time, not at all on any gender roles or anything else. It works for us. We're constantly renegotiating them (e.g. "If you take Malcolm out right now, I'll start on dishes." or "Let's take Malcolm out together, then do the dishes together."), as we both think is healthy and necessary.

But what we can't do? Convince Malcolm to do his share. It's his toys we're picking up during the FOD walk and his hair that Marvin is picking up and his poops we clean up on all the walks we have to take him on. He's a punk. An adorable, furry punk and we will keep him around anyway. 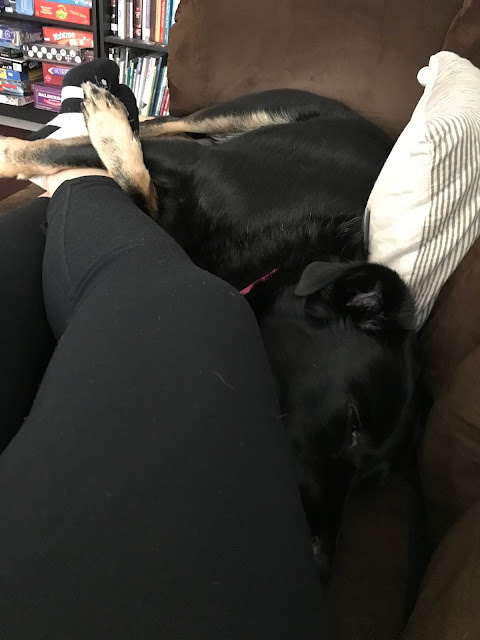 How do you divide chores in your house?
Posted by AmandaStretch at 10:22 PM