When you think about Seuss!

My last semester of college, I was in the BYU Young Company production of Lilly's Purple Plastic Purse. The Young Company is a Theatre for Young Audiences production group that has an initial run on the BYU campus and then tours to local elementary schools for the rest of the semester. I loved being part of it and it was a great capstone to my time in college.

My friend Summer was also part of this group. I think we'd had a few other classes together over our time at BYU, as she was a Theatre Education major and I'd started as one (though ultimately dropped the Education half). After Lilly's, I graduated, Summer left on her mission for the church, and we lost touch.

Until, fascinatingly, I found out we were moving to Japan. She had moved here several years ago with her husband, a teacher at the high school on base, and her kids. A mutual friend who knew that helped us reconnect once Blake and I announced our move! Immediately, she suggested that I'd be able to help with the Drama Club she and her husband (who is also the bishop of our ward/congregation) run at the high school.

So, this spring, about one year after we reconnected, I helped the high school mount a production of Seussical, Jr.! Summer directed, her husband (Ben) produced, and I choreographed - something they could do, but don't feel super confident in doing.

We all had a great time working together and I am already looking forward to our next production this fall! 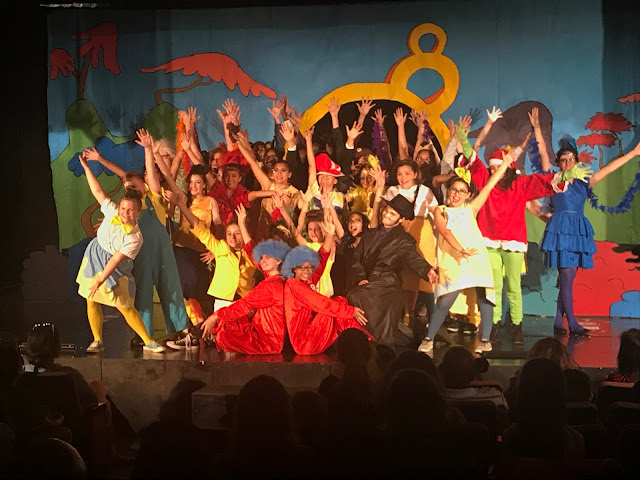 Posted by AmandaStretch at 6:15 PM 4 comments: