Girl, look at that body - I work out! 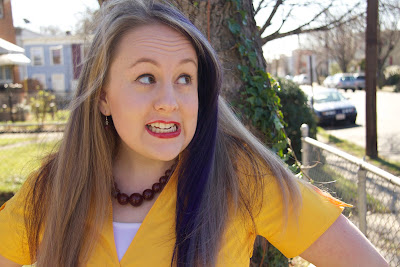 Yesterday marked one year since I started working out every single day, except Sundays, and I have yet to miss a work out. I've actually scheduled this to post while I'm out running on a beautiful 60 degree day, because I actually run now, and not just the half jog/half walk nonsense I did a few years ago, but actual running. Very slow running.


Now, I haven't hit the numbers goals I wanted to hit by now as far as weight and body composition goes, but I'm making amazing strides in that direction. People are noticing, I'm noticing, and I look good!


My endurance, strength, flexibility, weight, diet, size, mood, and energy have all increased (or decreased) dramatically. I feel better. I look better. I am better. And I have no intention of stopping anytime soon!


This year, I plan to continue my routine but have started training for some specific activities. I'm working up to a 5K, again, but this time for real. 10K is next. I have some races I'm eyeing to motivate me even more. Then, this September, I'm registered to run a Tough Mudder - 10-12 miles, 30 obstacles. Marines do this for fun. I honestly cannot wait. Except that I can, because I'm not ready. But I will be!

I won't be sharing my self-portrait-bathroom mirror-workout-clothes before and afters, but I did have some recent photos taken in normal clothes that I'm rather pleased with. They were for my guest post at The Little Big about being a thrifty fashionista, which I highly recommend checking out. 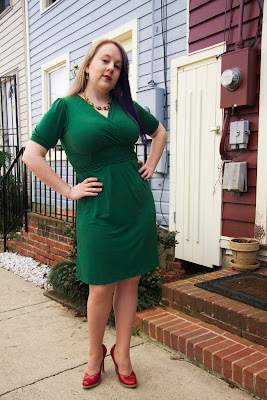 The green dress? Totally a size small. And not even the only one I own. I know I posted about sizes not mattering, and they really don't, but I still get some satisfaction from going down in a dress size or two!

Anyone want to race with me in DC? What are your fitness goals this year?

Posted by AmandaStretch at 7:26 AM 6 comments:

Time for another round up of songs I just can't get enough of!

Andy Grammer - Keep Your Head Up

Florence + The Machine - Shake It Out

Gotye - Somebody That I Used To Know

Kate Miller-Heidke - Are You Ready?

The Weepies - World Spins Madly On - This version of the video was created by an animation and choreography team at BYU!
What are you listening to these days?
Posted by AmandaStretch at 11:17 AM 5 comments:

Quit playing games with my heart

I love games. Board games. Table games. Card games. The list goes on. I'm not much into RPGs, probably because I enjoy role playing on stage in front of audience more than sitting at a table talking about it.

When I acquired my coffee table from friends who were getting a new one, I was thrilled that it had a shelf underneath. I immediately began storing my growing game collection there. It never occurred to me that shelf could be for anything other than game storage.

For a few years, it was perfect. Then one magical day in December at the thrift store, I found 16 new games for just 14 clams and my game collection was definitely too big for the table.

I was also starting to have another problem. When I was out looking at games, I often second guessed myself - did I already have this one?

With this surge in game ownership, it was time to solve both problems.

I bought three 105 quart bins and 2 shoebox bins and, as I put my games in their new homes, created a spreadsheet in Google Docs of everything I have listed by title, type (i.e. Word, strategy, trivia, dice, mystery, card, art, puzzle), age, duration, and number of players. The big boxes went into the large bins, the card games into the plastic shoeboxes.

Now, the shoeboxes, some craft materials, and fitness equipment reside on the coffee table shelf and the other games went where I could find room.

With 60 games (including some 11 decks of cards for Nertz/Pounce) and one on the way, I'm really pleased with my nerdy solution. I can pull up the spreadsheet on my phone when I'm out shopping or share it with a friend when planning a game night.

It makes my little librarian heart glad and I'll avoid problems like this:

Posted by AmandaStretch at 9:19 AM 2 comments: