Blake's job as a first tour JAG has been to rotate between the four main branches of military law to learn about their functions and start figuring out what he likes best and what he is suited for. He started in prosecution, then legal assistance, the operational law/command services, and finally spent the last several months in defense. It was actually a bit more complicated than all that with some of his temporary assignments, but that's the basic gist of it.

Defense is actually a different command than the rest of it, for obvious conflict of interest reasons. You can't have the same chain of command working on opposite sides of the same case. So in May, he checked out of the Region Legal Service Office and checked into the Defense Service Office. Within the next two weeks, he will check out of the DSO and back into the RLSO for his next assignment.

As such, the DSO had two farewell events in his honor this week. The first was an informal dinner with fellow officers (spouses were invited, but I was the only in attendance) at a local izakaya, a type of Japanese bar where you can get a private room and order small dishes for everyone to share to accompany your beverages of choice. He received a certificate that was lighthearted in nature to commemorate his time at DSO and we enjoyed the casual social time.

The final event was his formal farewell from his command during an all hands meeting, in uniform, at the office. Here, his commanding officer read a letter detailing his accomplishments over the last five months and praised him in front of the entire command. Normally, he would have also received a plaque, but the engraver is apparently down and he will just have to get that eventually. 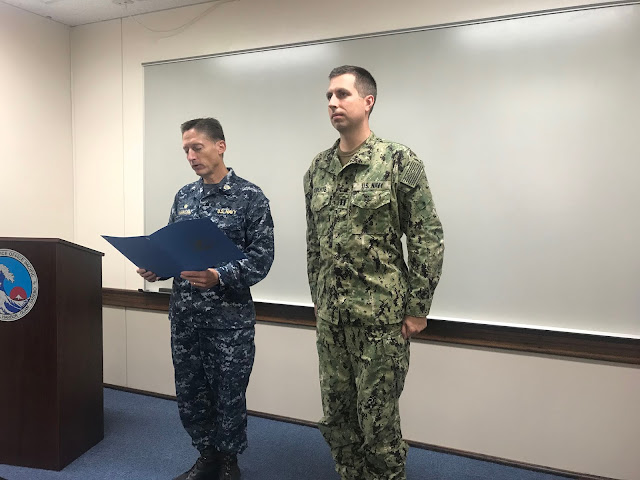 I cried some happy, proud tears. He really has done great work and learned a lot, which will certainly serve him well in his career to come! This life isn't easy, but he is doing it well! 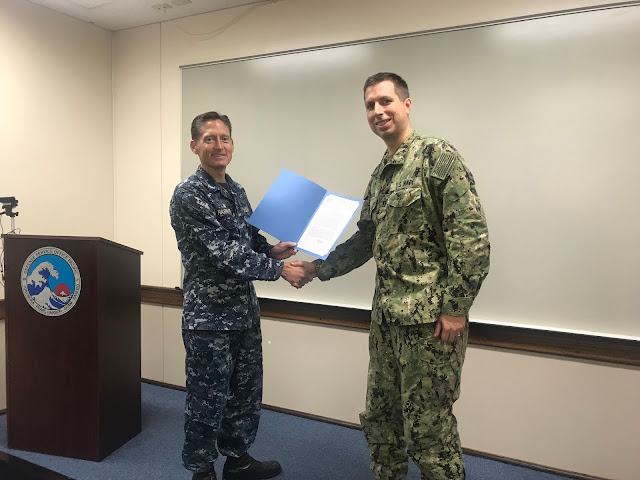 Posted by AmandaStretch at 10:04 PM

Blake is one of the hardest-working people I know! Well done!

I agree! It's part of why I love him!