The experienced Thanksgiving cook knows that it's best to spread the cooking and baking over multiple days. To that end, I spent several hours today doing just that - toasting bread for stuffing, baking a pie and a tart, making ice cream batter to cool in the fridge overnight, and making laundry soap. 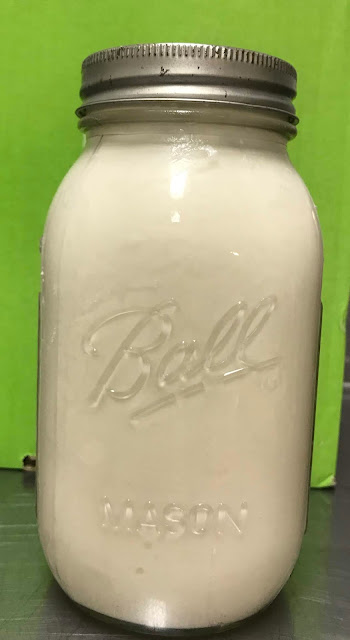 Okay, so the laundry soap isn't for eating. I haven't checked, but I'm pretty sure soap, Borax, and washing soda should not be ingested. It just happens to be time for me to make it again.

I've actually been making my laundry soap for several years now. For a while, I was making the base goop and then adding a whole bunch of water and storing it in 5 gallon buckets. The mixture didn't blend well and was never quite even. It worked, but how much actual soap was going into the wash was inconsistent. Finally, moving to Japan and having my own laundry room (instead of basement communal coin laundry or a laundry closet like in the last two places I lived) inspired me to make a change and just make the laundry goop base, stop there, and store it in quart jars. Less time to make and the results are much more consistent. I use one tablespoon per load and I eventually found the perfect spoon just long to scrape the bottom of the jar.

For the curious - this is the recipe I use. I only have to make a new batch every few months, but your laundry needs may vary.

My favorite part is when I get to blend it all up. Before that part, it's half liquid, half solid and not useful. But put it on the blender (a standard quart sized jar fits a standard blender), press the button, and a few seconds later - fwoompf - it is suddenly laundry goop. It's very satisfying kitchen science.

Posted by AmandaStretch at 7:47 PM