You only see him when you're very young, a magical adventure for you!

Between the holidays and travels and life, I haven't been on a good solo adventure for a little bit. I am quite pleased with opportunities for outings with friends and of course I savor the time I get to spend with Blake, but I also need to do things on my own sometimes. I'm an introvert, after all, and solo time is how I recharge. So, today, I got out on my own for the afternoon and found Fushimi Hakuseki Inari Shrine. 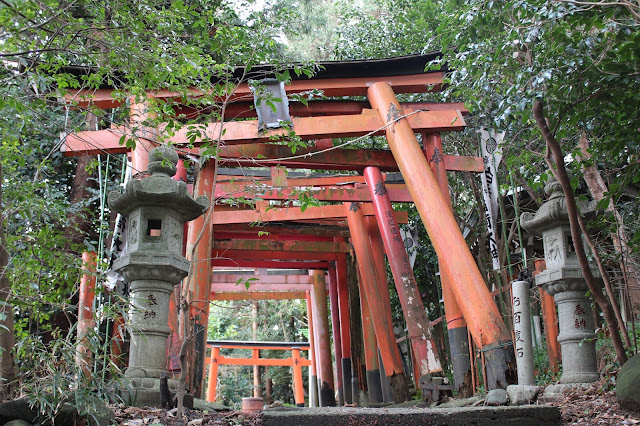 I first found out about this shrine from a local blog I follow call Deep Yokosuka, and they suggested it might be a place you would find Totoro. Since I've finally seen that movie and now that I've been there, I can completely agree with that connection (and have titled this post with a lyric from the movie's English version theme song)!

According to another source I used to locate the actual shrine, Fushimi Hakuseki Inari Shrine is related to the more famous Fushimi Inari Shrine in Kyoto, which we visited over Memorial Day weekend in 2017 (and I failed to blog about) and is known for its 1000s of vermillion torii gates. They both are built in reverence to the deity Inari, the Shinto god of rice.

This shrine is located near the Taura station in Yokosuka, which is much closer to me than Kyoto! Even though it was reportedly built early in the Showa period (1926-1989), it is still in use today by locals. 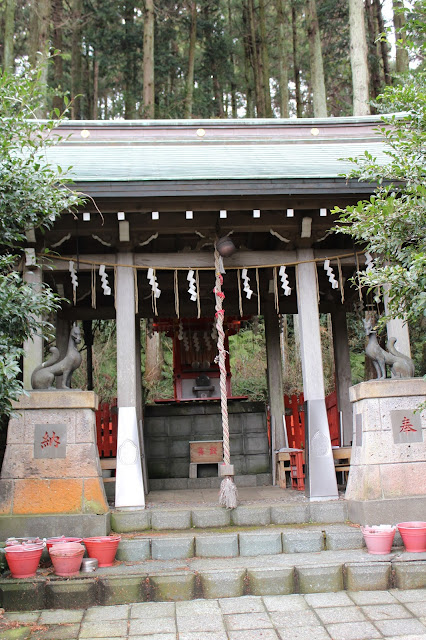 My sources warned of its many stairs, and I got warm hiking them even on a cool January day. According to my Fitbit, I climbed the equivalent of 23 flights of stairs to get to the top. It had rained yesterday, so it was pretty slick and maybe I should have brought my hiking boots or walking stick, but I managed. 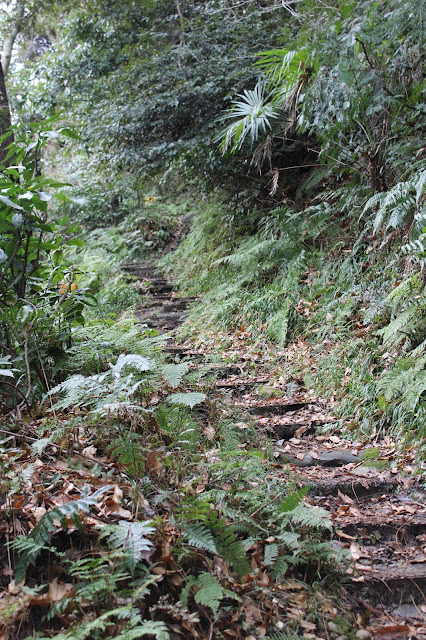 Ultimately, I counted that I walked through 56 torii gates, which are believed to purify your soul. What's charming about this one was that even though it's not even a century old yet, it's certainly in more disrepair and overgrown than it's more famous Kyoto counterpart. To me, it just added to the magic.

Even though I took my time, I was up and down in a little more than 30 minutes, but the walk to and from the station is about 20 minutes each way. Not a bad walk, but I definitely recommend carrying water. 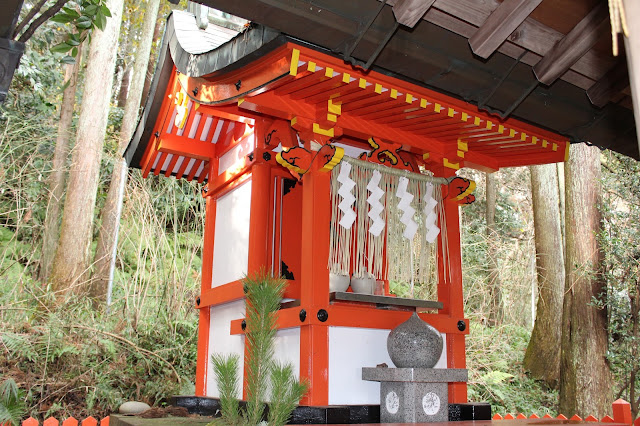 It was a small outing, but just what I needed today.

Posted by AmandaStretch at 8:45 PM

I didn't have it in me to hike more than a few feet into the torii gates in Kyoto, but the impact is still there. I do love torii gates.