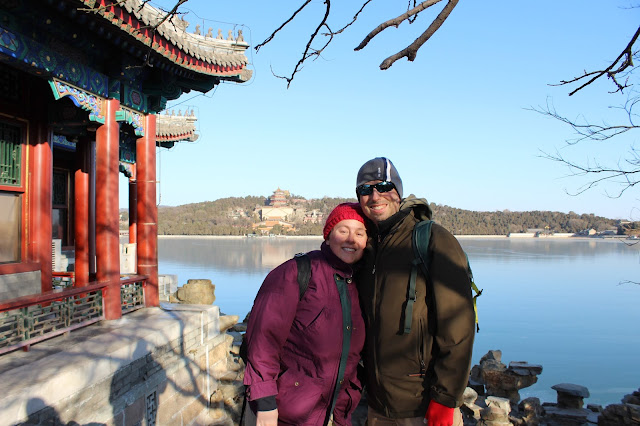 Going to China over our 5th anniversary was more happenstance than the plan - the schedule just worked out that way. When we first got married, I think I said something about maybe going back to the hotel in San Diego where we spent our honeymoon for our 5th. China was way better! 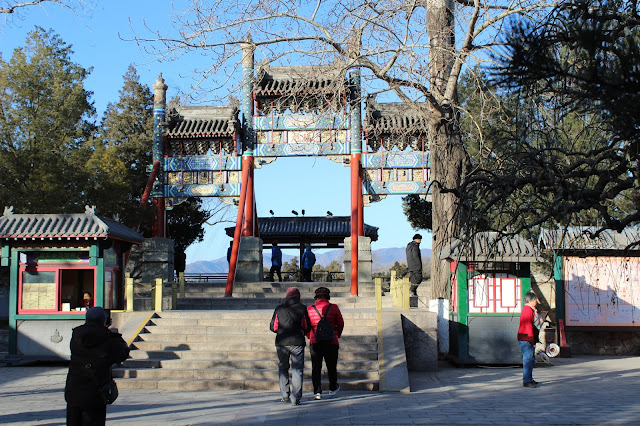 Our anniversary was on Monday this year, and we spent the morning at the Summer Palace. It’s a gorgeous and huge property, with a large man-made lake in the middle. It’s probably nicer in the summer, but still neat to see year-round. In fact, it was one of several places we saw on our trip with people doing morning exercise on the grounds. In this case, at least a couple of older men were doing tai chi in a sun warmed spot. 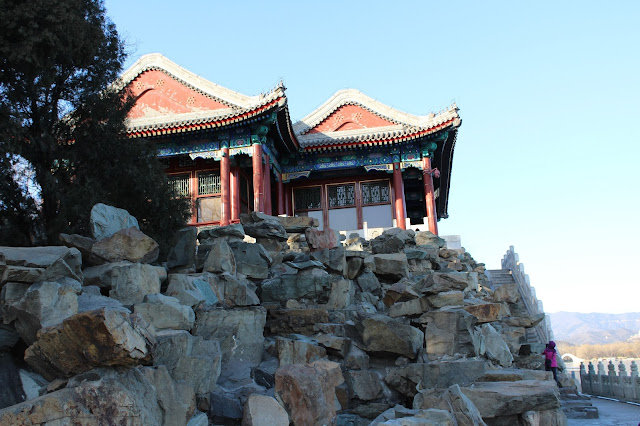 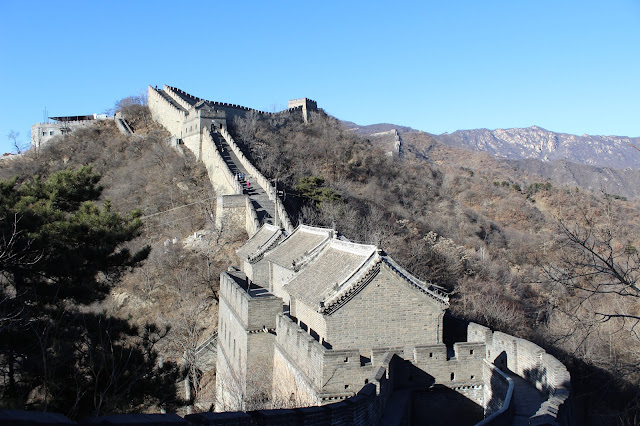 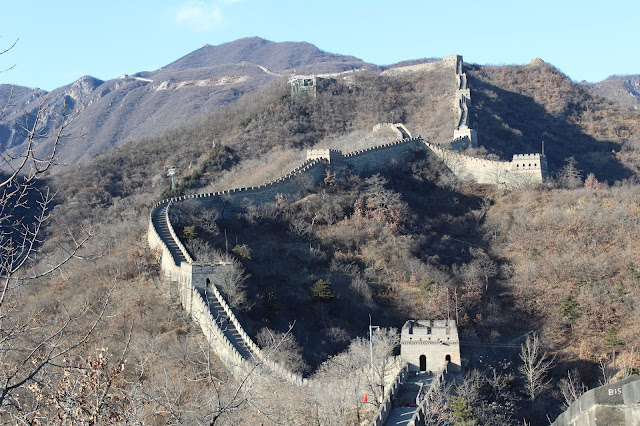 There aren’t as many domestic tourists that come to this section and there were times we almost felt like we were alone on this wall. 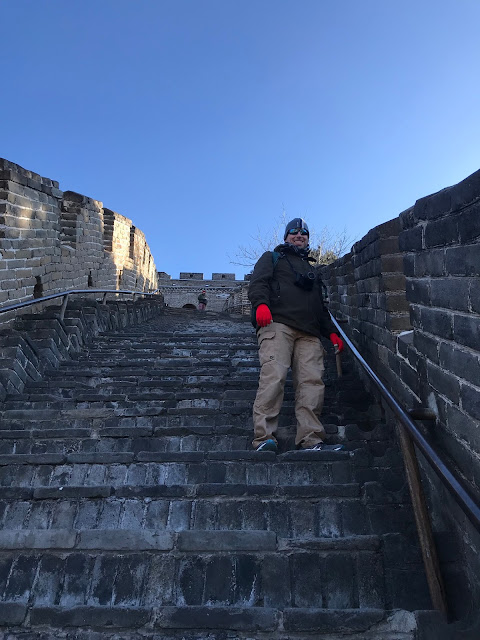 We took a chair lift to the wall itself (though you can just hike up), and then hiked as many sections as we had time for. Some were practically ladders you had climb up! I bum-scooted back down that one and a kind fellow tourist looked at me, then back to Blake skeptically, and then asked if I wanted to hold onto his arm on the way, probably wondering why Blake wasn’t helping. I thanked him but just said it’s because I have short legs and it was easier this way. I promise Blake is a good helper and excellent husband! 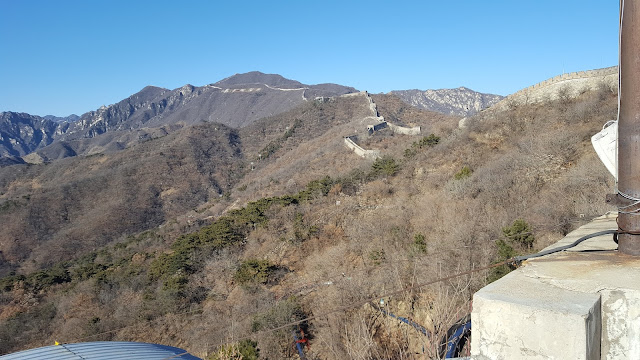 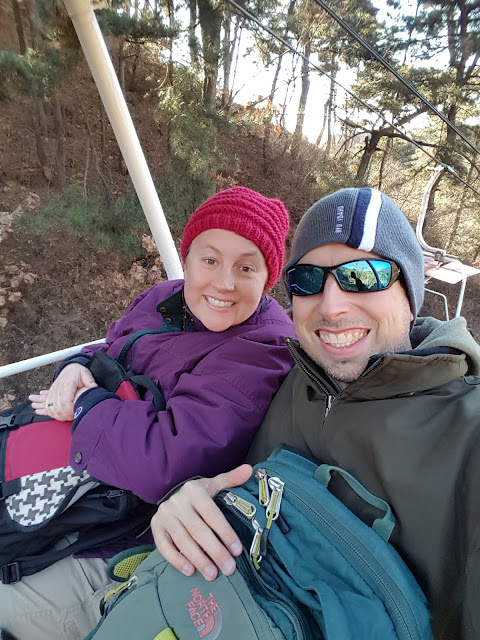 Ultimately, we walked about 3 miles around the Wall and my Fitbit logged 91 flights of stairs this day! 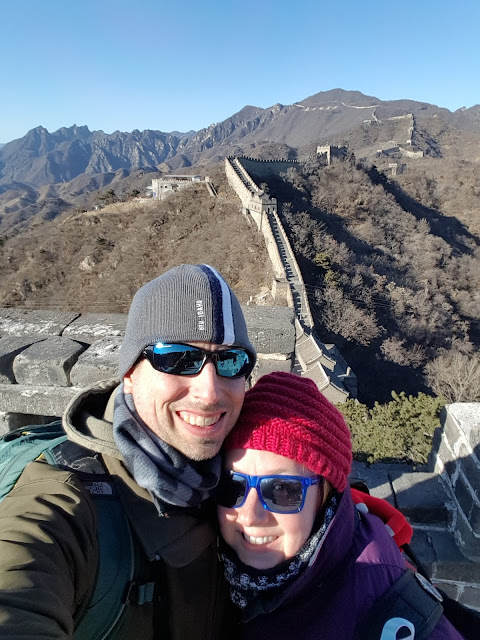 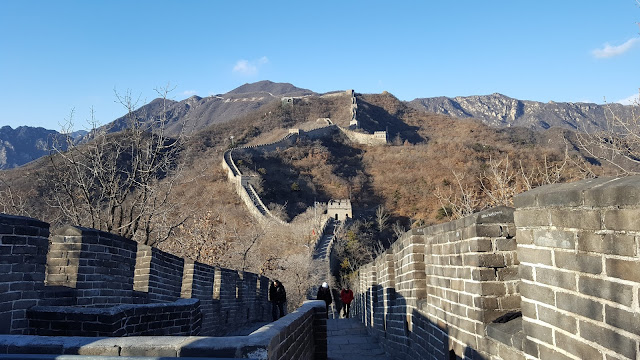 As incredible as the Wall in the Mutianyu section is, it was almost as incredible to get down - by toboggan! We each took a sled 1.5km down the mountain, a ride that actually takes a few minutes! I learned about it after we had already chosen this section and our guide suggested it as well. You do have a handbrake to control your speed, and the slope is gentle. Definitely the way to go! 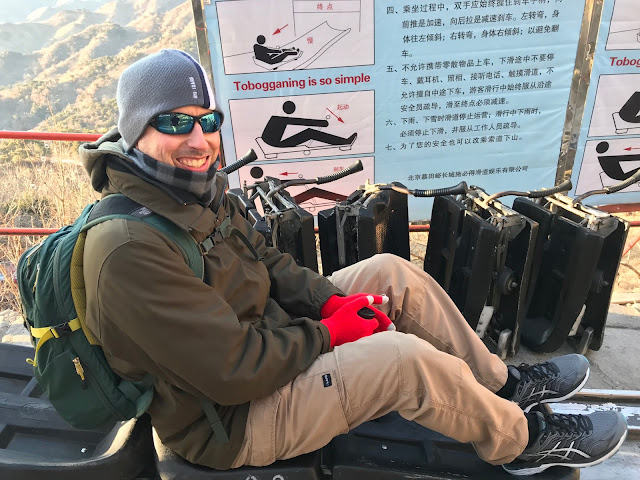 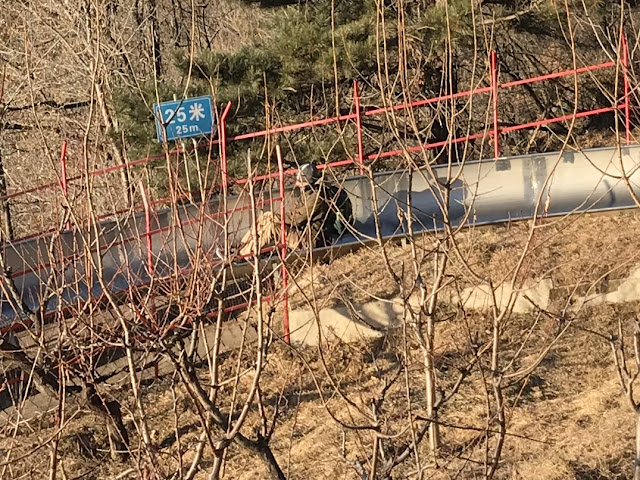 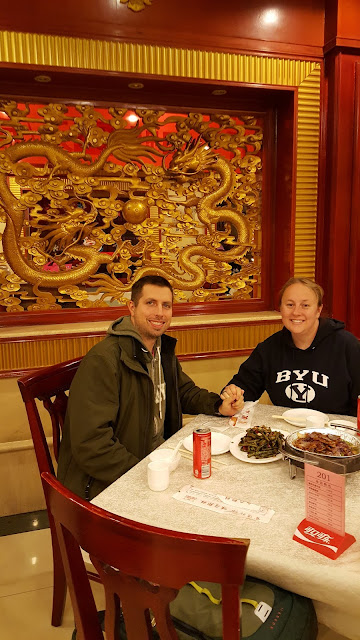 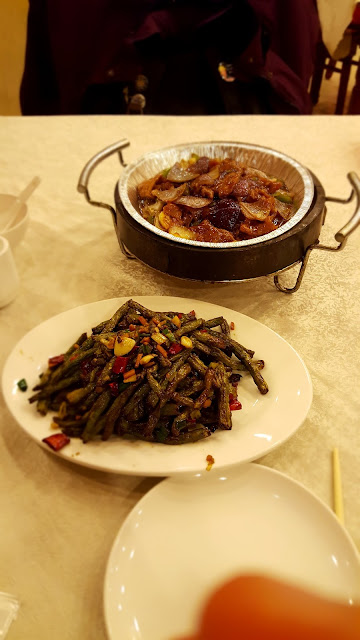 Here’s to five years of wedded bliss with an eternity to go!

Posted by AmandaStretch at 3:07 PM

Sounds like a great trip! I am grateful for your e ample

I love the Happy Family Ball. I love finding ways different cultures honor the importance of family. What the perfect anniversary gift for yourself.

And I'd definitely choose that way to get down the mountain too. Fun!

Thank you Jenny and Lisa!