It doesn't matter if you're black or white

The first time I saw a live panda in person, I was 17. My dad had a business trip to San Diego and I think it was summer time, so, at his invitation, I took time off work and tagged along! We spent a day at the San Diego Zoo (which is a great zoo anyway) and visited the panda exhibit three times. Each time a different panda (Mom, Dad, or the cub) was active, so it was worth the multiple trips. I also went a little crazy at the gift shop, adding to a collection of panda things that had been growing since I was 2 years old. For more on the origins of why I love pandas and my panda collection, click here.
I moved to D.C. five years later, which was around the time that zoo had a cub (Tai Shan) as well and the Smithsonian National Zoo was free. So, I went a lot to that zoo. First stop was pretty much always the pandas and I took a couple of dates and all my visitors there, in addition to the trips I made on my own. After Bao Bao was born, I got to be among the first of the general public to meet him and I thought my heart was going to explode just being a part of that debut.
That is, until our first full day in Chengdu, when we went to the Panda Research Base and I saw 56 pandas in one day. A whole compound just for pandas - giant and red! But let’s be honest, we totally skipped the red pandas. Because giant pandas! 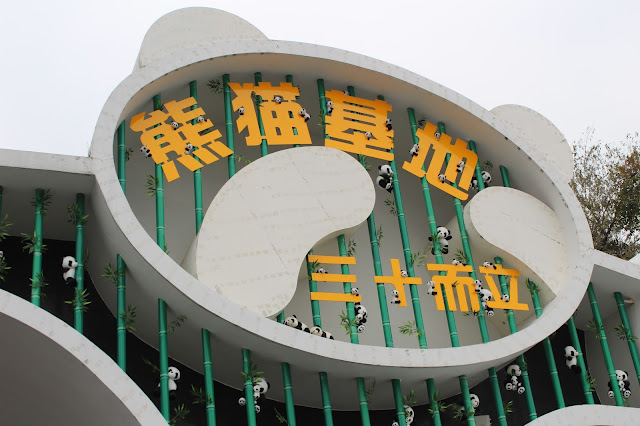 As soon as our friends from our congregation in Alexandria got news they would be getting their first Foreign Service post to Chengdu, I knew I wanted to visit them and the pandas - 80% of the world’s pandas are in research centers in Chengdu. When we got our assignment to Japan a year later, I knew this trip was more than just a hopeful dream! In fact, flying both of us to China was the same price as flying one of us to the US, so we’re able to stick to our guns about not coming back and traveling the world instead. We weren’t sure when it would happen, but we knew they would be leaving early 2018, so we starting scheming. With some of Blake’s assignments away and even a possible deployment, we realized I may be going to China on my own, but ultimately it worked out that we could both go AND do it to celebrate being married for five years! 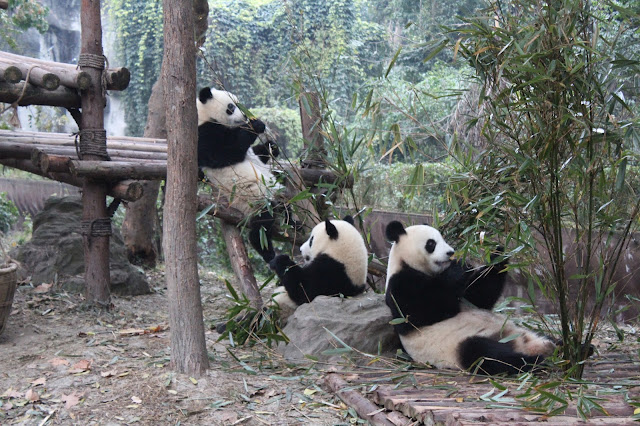 We took a cab and got to the panda base right as it opened at 7:30 in the morning. Pandas like cold weather and they are most active first thing in the day, so we knew it would be the best chance to see them in action. It was actually still dark when we arrived, and we hiked up the hills with some of the employees. Most of the buildings were still closed at first, so instead of trying to plan which areas we’d hit first, we just started wandering. 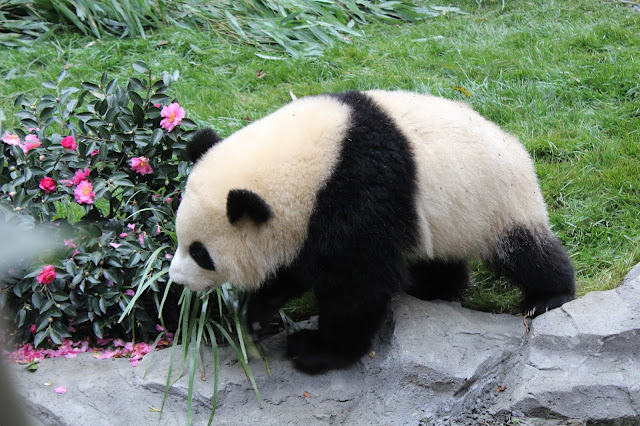 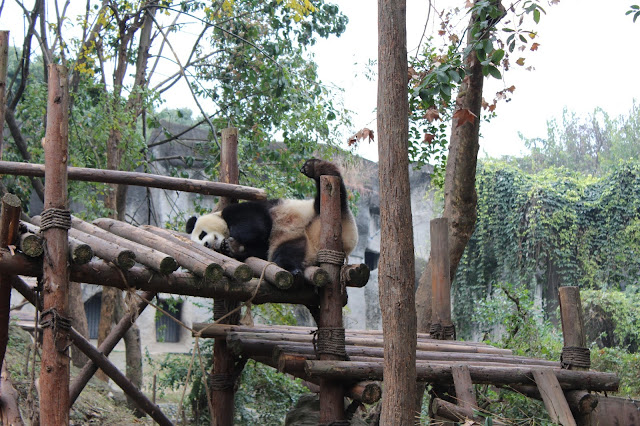 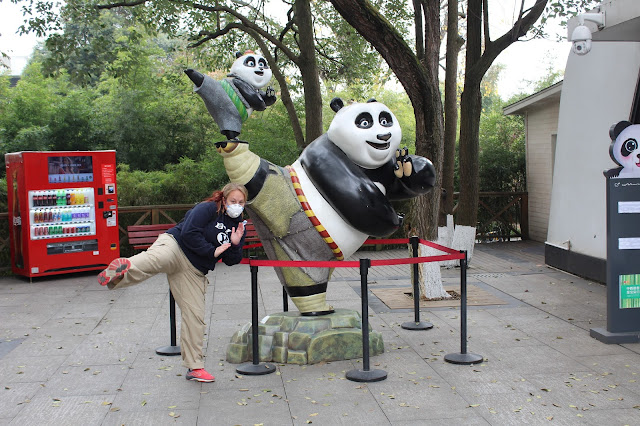 I also kept it pretty mild when it came to souvenirs. At this point, my collection has been growing for more than 30 years, so a panda thing has to be pretty interesting or different for me to want to buy it. (I will still always happily accept panda gifts of any kind.) Blake actually bought the first thing - a coin to add to his challenge coin rack. I got a keychain (of course), a Sichuan opera toy that changes faces - including a panda, and panda ears! 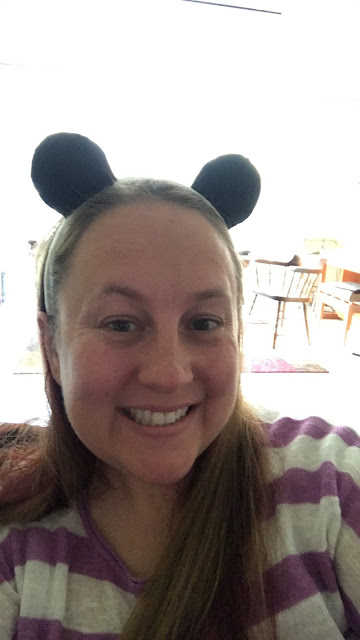 I try to generally keep my panda love in check. It certainly hasn’t overwhelmed my lifestyle, decor, or clothing - most days. They are not my only interest in the world. But that day in Chengdu will go down as one of the best, most self-fulfilling days of my life. Hooray pandas! 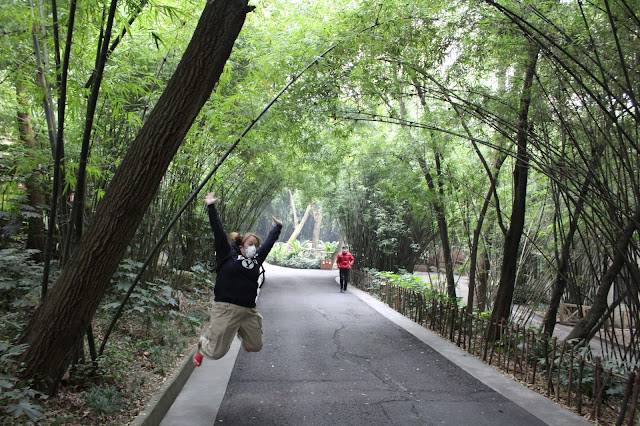 Posted by AmandaStretch at 12:17 PM

Not sure what it is about that phrase, but it seems the most appropriate thing to say right now.