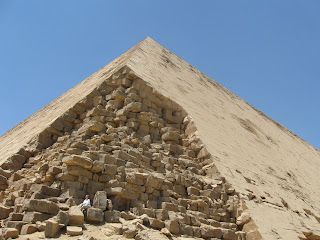 I've always thought it was lame when someone got back from some traveling adventure and didn't blog about it until a month later and were far too detailed and I wonder does anyone really care?

Well, here I am, being lame.

I've been home three weeks and have only made it to Day 2 of my travels.

But you know what? I don't care if you don't care. I know my family cares (hi guys!), and I care, and this is MY blog, so I'll do what I like. Still, if I blog about each individual day in complete(ish) detail, it's going to take me far too long.

So, you're getting the highlights version!

Today, we're going to talk about my adventures at all the pyramids.

Seriously, y'all? They're amazing. 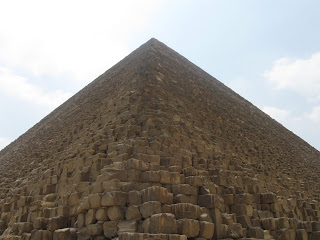 The Heisses have been to the pyramids at Giza 9 times now, so I guess it's a little like me and the DC Monuments. It's a bit "Yeah, here are the monuments, they're cool, but I've seen them before."

Fortunately, I didn't let that stop me from getting REALLY excited to see the pyramids.

And climb up them (at the Great Pyramid). 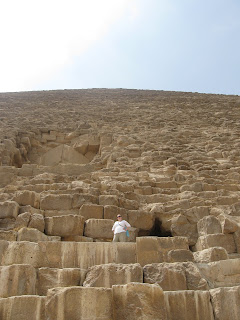 The pyramids are HUGE. SO amazingly HUGE, especially considered they were built without modern technology. There is something magical about not only being right there, but also seeing them peek up behind buildings as you travel around the city.

And ride camels around them (at Giza). 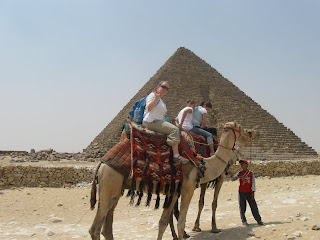 Camels are tall. And their feet are kind of weird. You have to lean back as they stand up, and that's a little scary, and then you're moving, but not really in control, and much higher than you anticipate (especially if you're used to riding horses).

And go inside them (at the Red Pyramid). 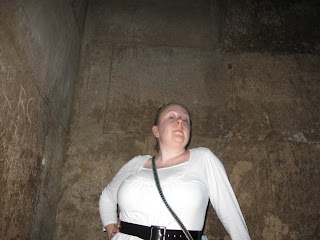 
Now, pyramids smell a little funny, probably because obnoxious humans have urinated in them. Other than that, it's just so cool to be able to be there!

And climb ALL the way up the entrance ramp.

At the Red Pyramid: 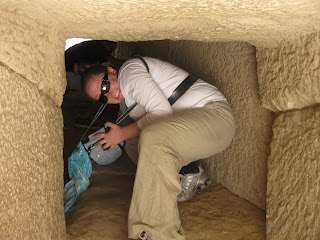 And love every minute of it.

It was also amazing to see the Great Sphinx. 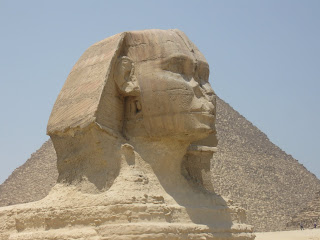 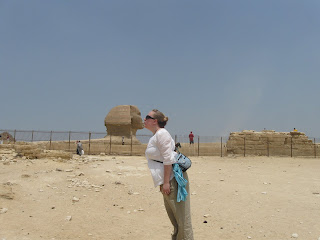 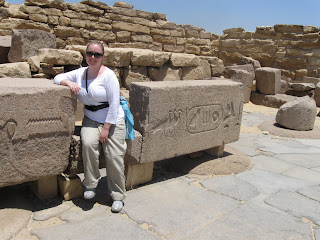 All of it was truly awesome, in the original sense of the word. 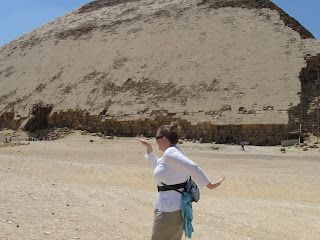