Walking in a winter wonderland

Blake and I don't really love the cold. He's from a part of Arizona where it doesn't really get cold, and the snowy season in Utah is far too long for my taste. However, we knew that the the Sapporo Snow Festival on Hokkaido Island was known the world over and not to be missed, so we chose it as our first weekend away trip in Japan! I bought some new waterproof boots for the occasion, we layered up on clothing, and we had an awesome weekend!

We had arranged the trip through the on base travel agency, so our accommodations and travel were all squared away, but our schedule was all ours. Our hotel was a rather nice one right near downtown Sapporo, so we dropped our stuff and hit the ground running! First up? Snow sculptures during the day time. Blocks and blocks of snow sculptures far better than any snowman I'll ever make. 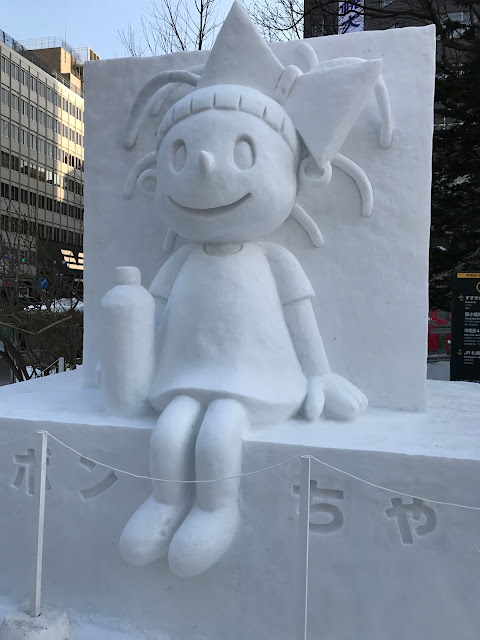 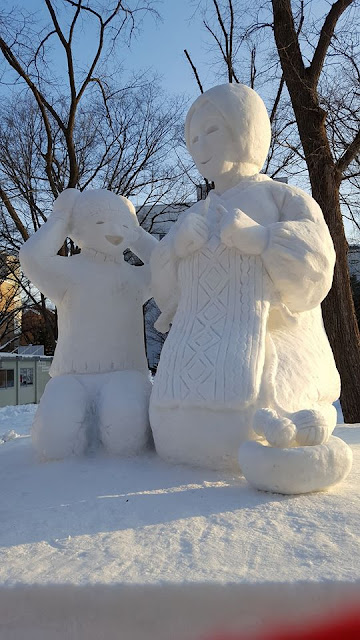 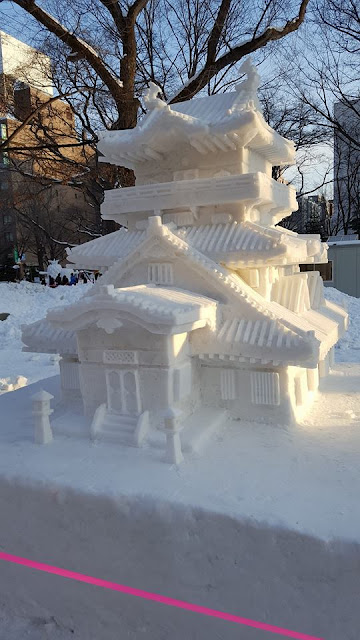 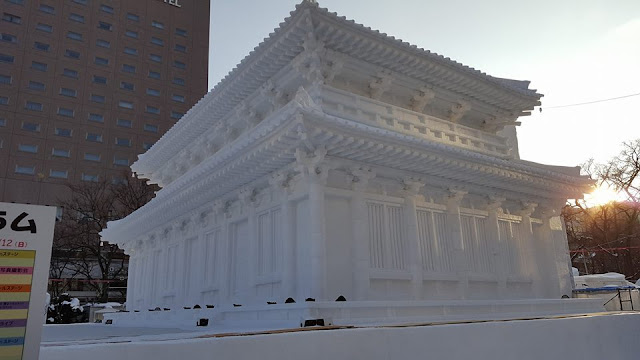 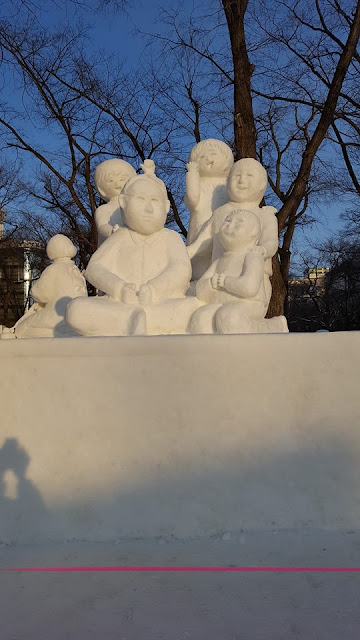 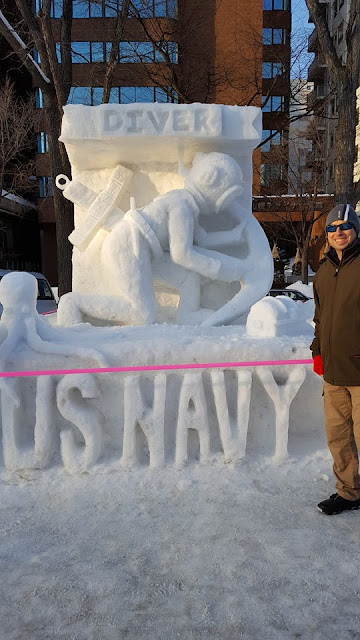 For dinner, we tried a Japanese burger chain (Mos Burger - not bad) and relaxed and warmed up in our hotel. Monday morning, we started off with a tour of Shiroi Kobito Park, a chocolate factory and museum. (It was either that or a beer factory, so that was a no brainer for us.) It smelled delicious, the hot chocolate and sample cookies were tasty, and the whole place was just charming. 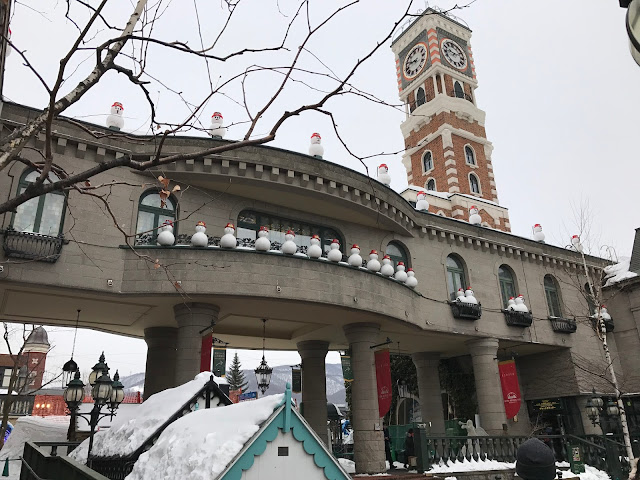 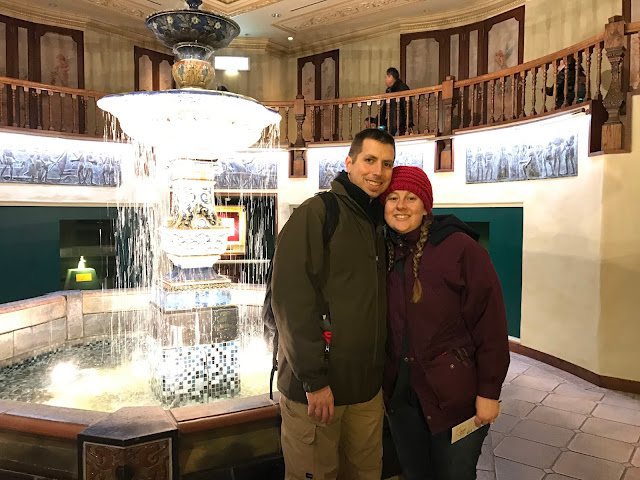 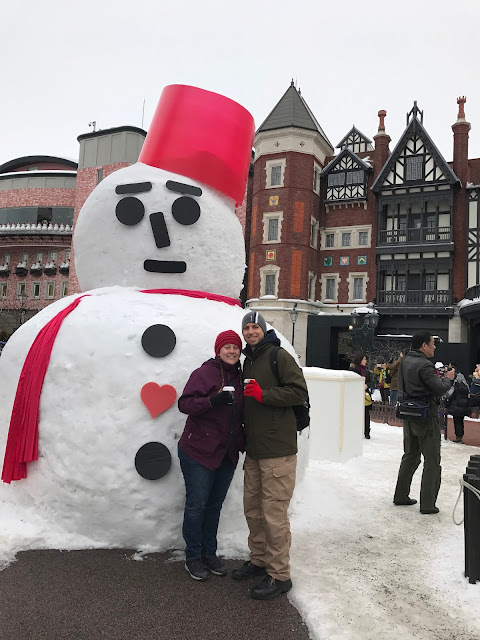 After some wandering, including stumbling upon some more ice sculptures, we found Sapporo Ramen Yokocho (Ramen Alley), a tiny alley with 17 different ramen shops! Perfect for lunch on a cold day! We were not disappointed. 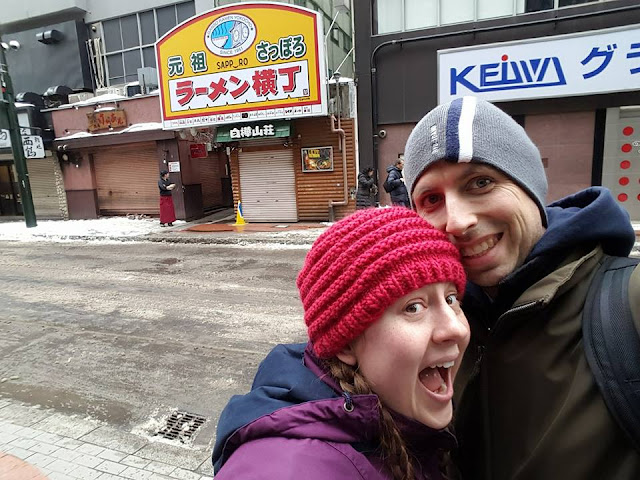 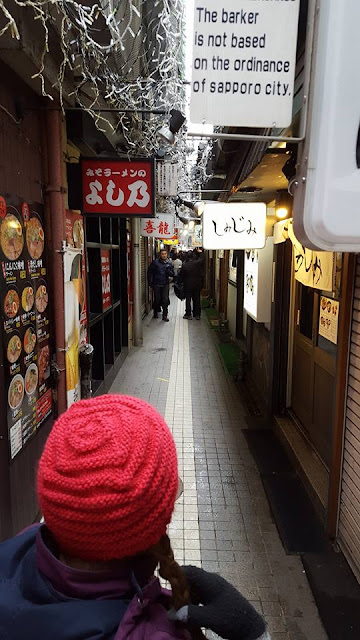 All the cold and full bellies of ramen, we indulged in a quick nap at our hotel before heading to a night time viewing of the snow and ice sculptures and dinner cobbled together of festival foods. I made the better food decisions of the night - fried cheese (with honey!), grilled corn on the cob, and some yummy seafood on a stick. The sculptures were even more amazing at night! My favorite was the giant Star Wars sculpture, since the illumination was perfect.


Tuesday morning, we headed out for a little more wandering, including the clock tower - the oldest building standing in Sapporo, which houses a museum about the development of the city. 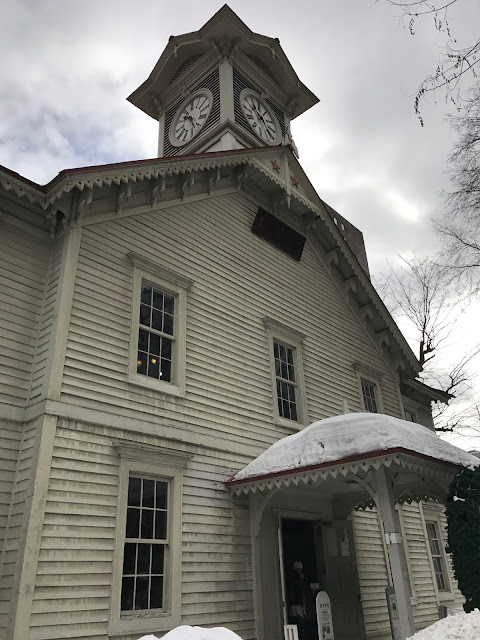 We also found the Sapporo LDS temple. It's closed Sunday-Tuesday, so we didn't get to go inside, but there's always peace to be found just walking on the grounds. 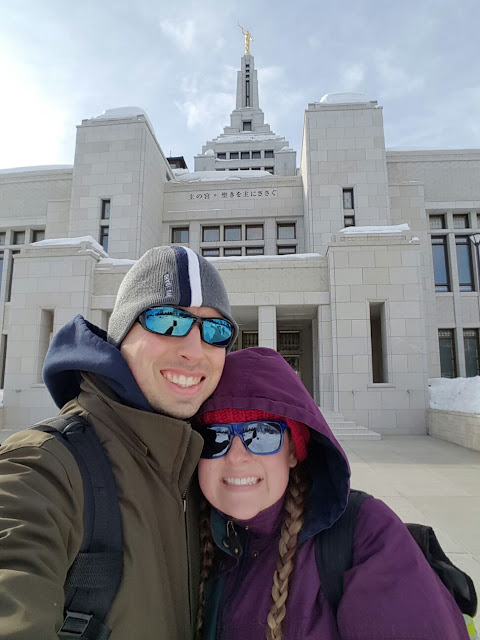 Of course, walking around Sapporo throughout the trip yielded entertaining shopping and wonderful food discoveries. We went to Kinatoya Bake shop for cheese tarts twice.

We flew back to Tokyo on Tuesday night, and while it was a little strange that it felt like home, it was also good to be there. Although it was a fantastic trip over all, it wasn't perfect - we received bad news from home (my dad's younger brother died in car accident) and there were some unfortunate incidents related to the perils of international travel. Still, we're so glad we went and definitely recommend it to anyone traveling in Japan in the beginning of February! 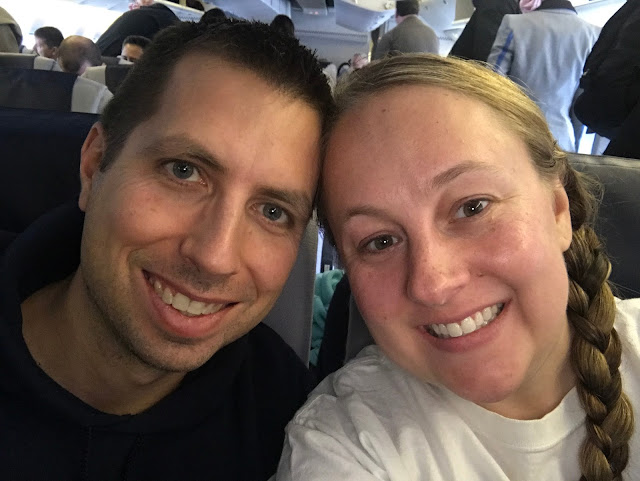 Posted by AmandaStretch at 3:39 PM

I want kitty footprints to lead me everywhere I go now. :)

That's a LOT of snow.

I miss snow. And scarves and hats.